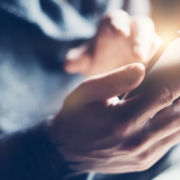 Technicians from one of Open Options’ channel partners were on site at a state government agency, converting an end-user customer’s legacy access control system to the state-of-the-art DNA Fusion platform, which ties together all security technologies in a unified, value-added approach. The technicians ran into an unexpected challenge; however, it was also an opportunity for Open Options to demonstrate its philosophy for platform support – fix the issue, no matter what.

“The dealer’s technicians encountered an issue of bringing panels online that were associated with the end-user’s critical security doors,” said Ben Vestal, Vice President, Sales and Business Development, Open Options. “Both the dealer and the end-user customer were in a bind. It was discovered that they were missing a necessary license.”

Because the regional sales manager for the territory was on vacation and unavailable to authorize the right software license for the platform, the dealer placed a phone call to Open Options headquarters in Texas and was immediately directed to Ben for support.

“Open Options' philosophy of ‘Fix the problem first and deal with any associated financial issues afterwards,’ combined with the policy of a live person always answering the phone, allowed the dealer to make contact, explain their situation and be connected with someone who could address the issue,” said Ben. “Many large competitors utilize automated phone trees that make it nearly impossible to address an issue if they do not specifically know whom it is that can assist.”

Ben was able to quickly resolve the issue by authorizing the necessary license, which the Open Options Tech Support team subsequently provided.

“The dealer was able to complete the task at hand, minimizing downtime of the technicians that were on site, thus saving the dealer time and money. The end-user was able to secure the doors, ensuring proper access control for their environment.”