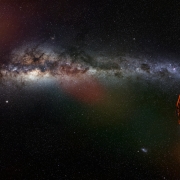 An end-user customer was having connection issues with their Mercury MR51e controllers and the connection between the controllers and Juniper hardware. They were unable to get stable connectivity for their access control system to stay operational. This is where Open Options Tech Support, having a broader view of the multi-faceted system, launched on its mission to solve the issues for the customer.

“The end-user contacted Zack in Tech Support, who identified the problem as being a firmware issue on the MR51e’s and functionality with the Juniper hardware that we were already working with Mercury on,” said Nic Robran, Technical Support Manager, Open Options. “We had a ticket opened with Mercury to address the issue and to get a firmware version that would solve the problem. It appeared the issue was only unique to Juniper hardware, as we have never seen it manifest with Cisco hardware.”

Once Tech Support received the firmware solution, Zack remoted in and upgraded the firmware across all their MR51e’s to a version of firmware that would allow the Juniper hardware and Mercury sub-controllers to work without any issue.

Once the firmware was in place, Zack verified that all their hardware was online. He also maintained regular checks with the dealer to ensure they were not experiencing any further issues.

“The dealer and end-user were happy that their hardware was staying online and that their access control system was fully operational,” added Robran.

Providing tech support for a customer with serious connectivity issues that impact an access control system may not be as galactic in scope as guarding the whole world and beyond, but it sure means something significant to the end-user customer at the time they need it. As part of its Connect Care commitment to end-users, Open Options provides access that connects, even when it involves other companies’ products in the end-to-end access control system.

Customer Tells Integrator: Figure it out; Open Options Sales to the Rescue

Lost in Space: How a Credential Was Compromised
Scroll to top