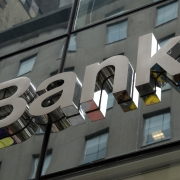 It was a late Friday night in May, and the customer at a large regional bank called Open Options just before midnight to report that they were unable to launch DNA Fusion. This was business-critical for the bank, and, with the system down, it needed immediate attention.

The after-hours, on-call tech ran through the normal steps and worked diligently to pinpoint the issue, but he was still having difficulty. The resolution wasn’t as easy as hoped, so he activated the after-hours escalation process to make sure the customer issue would be resolved. He rallied his colleagues in Tech Support to tackle the technical issue as a team.

Nic Robran, Technical Support Manager, was brought into the situation early on Saturday to assess why the bank customer was repeatedly getting messages that read: “License Stream is invalid or corrupt” on the server; and “C++ Library Error” on remote clients.

“This prevented them from accessing DNA Fusion,” explained Nic. “They were not able to receive alarms from the system or verify that locations were locking down on schedule. It’s typically a quick fix, but this was caused by a different issue, as they’re a multi-site customer.”

What unfolded next in this increasingly high-pressure situation demonstrated the best-in-class tech support capabilities of Open Options. “Upon remoting in on Saturday morning, it was discovered that there was a DNA Fusion Version mismatch between site 1 and site 2.  This caused site 2 to go into an error loop on the license.”

Nic guided the customer on the next steps. “The entire system had to be put on the same version of DNA to resolve.  They wanted to upgrade to the last version 6 release.  After the upgrade was completed, they had to run the upgrade on each remote client to resolve the C++ Library error. They then verified successful login on all clients.”

Taking the extra step, Nic verified that both sites were online and that all associated hardware was also online. However, just as it looked like all issues had been resolved, the customer reported that they had a few locations where the doors were not following schedules.  “ After investigating, I uncovered that they had several controllers that were an hour behind, so their doors were not locking on time. The controllers had to have the new daylight savings times entered manually due to an older version of DNA running. A couple had been missed, but with the upgrade to a newer version of DNA, the default dates had been updated and just needed to be refreshed and downloaded to the controller,” said Nic. “At the end of the call they were able to launch DNA Fusion and both sites were online. All controllers were showing the correct time, which resulted in all locations’ doors locking at the correct time.”

A Proactive Approach to Campus Security